Want to know more about us? Take a gander below...

Jim Davison's broadcast engineering career started in 1977 at WBTC 1540 AM/WNPQ 95.9 FM in Uhrichsville Ohio, where he engineered morning shows, OSU Basketball and Cleveland Indians Baseball games. In 1997 he landed a job as a studio engineer for Cleveland's WRMR and WDOK. In the upcoming years Jim's engineering jobs included stops at WCLV: WAKR; WQMX; WONE; WHK; WCCD and WHLO. In 2010, Jim became Operations Manager for WHTX 1570 AM and WYCL 1540 AM in Warren Ohio. In 2003, Jim became a Studio Engineer for The Rock & Roll Hall of Fame and Museum to engineer and produce Norm N. Nite's weekly radio show called "The Heart of Rock and Roll" which was heard over WCBS 101.1 FM New York. Jim has been a studio engineer for the Rock & Roll Hall of Fame for over 18 years and has engineered shows for Sirius/XM, MLB Radio Network, NBC Sports, ABC Radio Network, RNC Week, Rock Induction Week, and has worked with hundreds of radio personalities including Gary Dell Abate, Michael Smerconish, Dan Rather, Mark Goodman, Norm N. Nite, Cousin Brucie, Peter Greenberg, Casey Kasem and many others. In 2013 and 2014 Jim was the backstage director for the R and B Hall of Fame that was held in Cleveland. In 2010 Jim created and produced a Oldies show called "Those Records-Those Memories which lasted over 8 years. In 2014, Jim played a big part in building and helping with the start up of NEO Community Radio based in Northeast Ohio as a local Internet Station. In 2019 Jim worked as a studio engineer for the NFL Radio Network and "Dawg Pound Radio" which was heard over Sirius XM 88 from the Browns Training Facility in Berea Ohio, Jim was Inducted into The Radio/Television Broadcasters Hall of Fame in 2009. 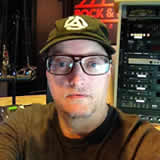 For Alan Courtright, radio was the family business! As a young man he accompanied his dad, Ken Courtright, to work at KYW/WKYC in Cleveland, where he had the chance to hang out with industry giants like Big Jack Armstrong and Martin & Howard. Little did Alan know that years later he would find himself teaching classes at the Specs Howard School of Broadcasting in Michigan. He recalls programming the automation at WBTC 1540 AM in Uhrichsville, Ohio when he was 14 and went to work at Akron's WCUE in the early 70's. Alan's jobs in Northeast Ohio included stops at WAKR, WONE, WWWM, WCDN, WQAL, WKSW, KXFN, WDMT, WJW, WBBG, WDOK, WRMR, WHTX and WYCL just to name a few. Throughout his career, Alan has developed journalistic abilities along with an authoritative communication style.  He has grown with digital technology, mastering software such as CS3,  Newsroom 4.4 and Adobe Audition, providing news and information programming locally and across the globe.  As a freelance voice talent and narrator, his voice has been heard as a part of The United States Air Force Institute of Technology recruiting videos, as well as on business and industry news reports, news/talk radio station imaging and commercials. Alan has engineered for The NFL Radio Network with "Dawg Pound Radio" over Sirius/XM 88 and is a studio engineer for The Rock and Roll Hall of Fame and Museum. Alan can be heard today doing great music bed liners for AllOldiesRadio.com in London, England, and did business news for AMEInfo.Com out of Dubai. Alan was Inducted into The Radio and Television Broadcasters Hall of Fame in 2011, along with his father Ken making it the first time a Father and Son duo was inducted together. Today you can hear Alan's weather reports, along with his voiceover commercial work being aired on many radio stations throughout the United States. 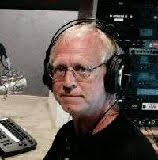 Joe Sweeny's radio career started early for him. He was just 10 years old when he took requests from neighbors and spun records at his front porch window. Joe quickly learned the rules of programming music and the art of playing one record into another record with just one turntable. Joe became a dedicated listener to radio and then a DJ on WLHS at Lakewood High School in Northeast Ohio. In college, Joe joined WFSE-FM before moving on to Kent State's WKSR where he served as Music Director from 1990-1993. While attending Cleveland State University, Joe served on the staff at WCSB where he received a degree in Radio Broadcasting and did radio shows from 1993 to 2007. Joe's professional career started at Cleveland's WERE 1300 AM from 1997 to 2001, and moved from Board Operator to Production Director. Joe's other stops would include Salem Broadcasting where he served as Program Director at WHK 1420 AM and Operations Manager of a four station cluster. In 2013 to 2015, Joe became Production and Imaging Director at Cleveland's 92.3 FM The Fan. Soon, Joe returned to Salem Broadcasting to serve as their Assistant Engineer between 2015 to 2016, but Joe's heart for audio production and creativity lured him back, thus he spent the next four years working on the Commercial Production team at IHeart Radio. Just recently, Joe was hired at Cleveland's Ideastream Public Media where his duties today include production, on-air work, and studio engineering. Joe also continues to serve as an Associate Producer at WRUW with his own show titled "Aging Hipster Blues". 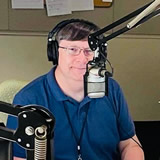 Born into an entertainment family and named after Carly Simon, it would make sense that Carly would pursue an entertaining career. Her parents formed a dynamic duo on air that entertained listeners on their way home from work for almost 20 years.  Fueled with that same passion, Carly performed for a living for many years taking her from Cincinnati OH to Nashville TN, where she performed at Tootsies Orchid Lounge, the same place Willie Nelson wrote Crazy for Patsy Cline. From community theater, to Kings Island to Casinos.  From Public and Private gigs, both as an Emcee and singer, Carly would always ensure those who came out had a great time! She kept those guiding principals from her parents in all she did.  As quoted by a seasoned radio consultant and friend: “Talented and dedicated. If ever there were two people who deserved to act like stars, it was them. They never did. They were always so humble, generous, friendly and kind. I  really enjoyed being around them.” That’s what Carly brings to every project; talent, dedication, humbleness, kind and fun! Her most recent performances include many different voices to entertain her 2.5yr old toddler, GEM.  All that performance history is really paying off! Carly can now be heard doing morning weather reports over radio stations WZCC, WLOH, WQBR, WHKS, and WXIS.

Delivering radio news for nearly 30 years, Kevin Coan has been in the broadcasting business since he was a junior in high school.  He's held on-air and programming positions in a variety of radio formats ranging from Adult Contemporary to Standards and Progressive Rock.  In 2000 he developed a virtual radio news service which delivered daily news programming to stations in Austin, Albuquerque, Idaho Falls, Logan, Utah and Salem, Oregon. Kevin also produced longer-form daily information programming for the Insurance industry and a daily BusinessCast heard on AME Info Radio in the Middle East.  His brick and mortar resume' includes Cleveland/Akron and Savannah/Hilton Head.  He programmed a Coastal Carolina Adult Contemporary station for 10 years & was awarded 'PD of the Year' honors by New Music Weekly magazine in 2015 and 2016.  He is currently heard on a variety of formats ranging from Oldies to Jazz & Blues and is active as a voice talent and producer for station imaging.

Radio Go To web Administrator, if you have any questions about this page or others contact him here.